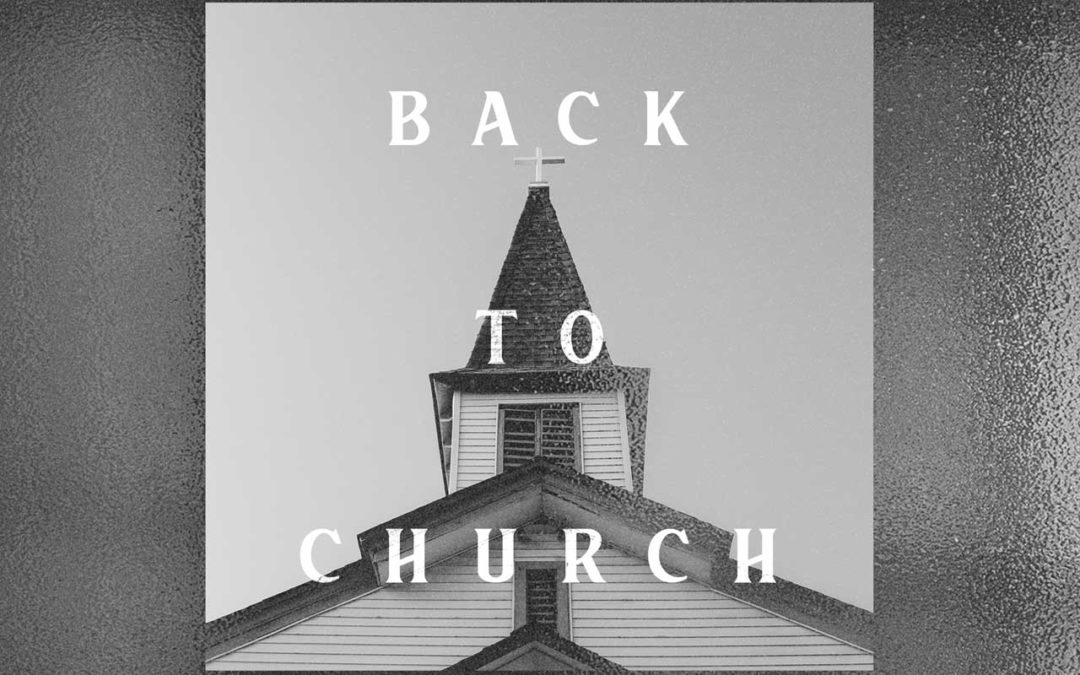 Back To Church? A few months ago that phrase wouldn’t cause you to think about churches opening their doors again. After weeks of no in person gatherings churches are slowly opening. But is that really going back to church?

This post isn’t about Covid-19 or social distancing. Long before this crisis I believe the “church”, especially in America has been distanced from the original intent and definition. So how do we get back to church? How do we reclaim the original mission of THE Church? Let’s start with the word church itself.

Our English word church is defined as:

1. a building used for public Christian worship.
“they came to church with me”
2. a particular Christian organization, typically one with its own clergy, buildings, and distinctive doctrines.
noun: Church
“the Church of England”
3. the hierarchy of clergy of a Christian organization, especially the Roman Catholic Church or the Church of England.
noun: the Church
4. institutionalized religion as a political or social force.
“the separation of church and state”

From the New Testament of the Bible, the Greek word ekklesia that is translated as church has an entirely different meaning and usage.

ekklēsia;
from a compound of “ek”, a preposition meaning “out of”, and a verb, “kaleo”, signifying “to call” – together, literally, “to call out”; a calling out

Doesn’t it seem odd that the two words mean entirely different things? The English usage of church is about buildings, organizations, doctrines, hierarchy and institution. Yet the Greek word is all about people; people chosen, called out, gathered together, assembled for a purpose. It’s not the gathering itself, or where they are gathered it’s those who are gathered. In Acts Stephen used the word ekklesia to describe the Israelites, who had been called out of Egypt, gathered in the wilderness on the way to the Promised Land. However, you have to read a footnote or an older bible translation to see it.

Acts 7:38 (KJV)
This is he, that was in the church in the wilderness with the angel which spake to him in the mount Sina, and with our fathers: who received the lively oracles to give unto us:

Why is that important to see? Because it gives us the understanding of called out for a purpose and the imagery of identity as a people, a nation, a kingdom. Think about God’s people in the Old Testament being rescued from Egypt and transferred to the Promised Land. Paul talks about a similar rescue and transfer.

Colossians 1:12-14 (NLT)
12 always thanking the Father. He has enabled you to share in the inheritance that belongs to his people, who live in the light. 13 For he has rescued us from the kingdom of darkness and transferred us into the Kingdom of his dear Son, 14 who purchased our freedom and forgave our sins.

His people, transferred into the Kingdom of Jesus – that’s the church. Not where we meet, when we meet or how we meet. The church is called out people who have the purpose of the Kingdom.

One more analogy. The context of Paul’s letter to the Galatians is clear. He is writing to those who belong to Christ. Here he uses a descriptive word that is sometimes translated household but also means family.

Galatians 6:10 (NLT) 10 Therefore, whenever we have the opportunity, we should do good to everyone—especially to those in the family of faith.

He uses the same word for family here in describing how both Gentiles and Jews – all people – through Christ are citizens – God’s called out people!

Ephesians 2:17-21 (NLT)
17 He brought this Good News of peace to you Gentiles who were far away from him, and peace to the Jews who were near. 18 Now all of us can come to the Father through the same Holy Spirit because of what Christ has done for us. 19 So now you Gentiles are no longer strangers and foreigners. You are citizens along with all of God’s holy people. You are members of God’s family. 20 Together, we are his house, built on the foundation of the apostles and the prophets. And the cornerstone is Christ Jesus himself. 21 We are carefully joined together in him, becoming a holy temple for the Lord.

The Church is a people, God’s family of faith. You would never say I go to family. You wouldn’t call the place where you live family. In the same way, if we are going to get back to church, we have to understand it’s about who we are and who we are a part of. Church reclaimed begins with identity.

If we somehow missed the very definition of church, can you imagine what else we may have looked over? Following Jesus is not about a particular when and where – it’s being part of a family. And this family has a family business that all family members have a part in. It’s called making disciples.

It’s time to get back to Church. Back to Ekklesia and purpose. What does Church Reclaimed look like? Sometimes it’s hard to see through all the tradition we have created.

What do you see in the New Testament that doesn’t look like what we have called “church?”