Free From the Power of Sin 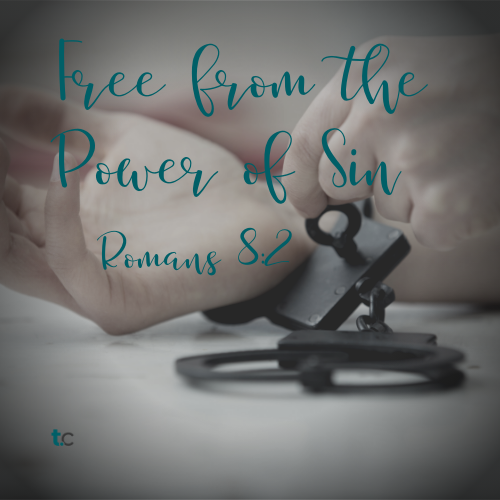 And because you belong to him, the power of the life-giving Spirit has freed you from the power of sin that leads to death.

Through His Eyes we are free from the power of sin. A while back I was given the challenge to draw two pictures. One was to show what I allow others to see about me. The other was to show what I see about me. The first one was easy, the second wasn’t because I knew what I had to draw. I drew a border of large, heavy chains with a giant lock. In the center of the border I drew a large letter F, for failure. I was in bondage and I knew it but I didn’t let anyone else know it. I was diagnosed with Major Depressive Disorder (MDD), which, ironically, happened to be my initials at the time. I was in bad shape. I knew that I could be free but I wasn’t and I didn’t understand at the time why I didn’t feel free.

This verse tells us that if we belong to Christ we are set free from the power of sin. Why is it that we don’t feel free? We wrestle everyday with sin, our past, our baggage and let them get us down. I am sure at times we feel not only in bondage, but paralyzed. The bible tells about a time when Jesus encountered a man who had been paralyzed for 38 years. He was lying next to a pool of water that was said to heal a person when the waters moved. Jesus asked him if he wanted to get well. He wanted to, of course, but couldn’t reach the waters since he was paralyzed. Jesus said to him, “Get up! Pick up your mat and walk!” Now the bible doesn’t say much about what the man must have been thinking. It only says that the man got up and walked. That in itself is miraculous, but I want us to focus on the brief moment between when Jesus told him to get up and the moment when the man got up. What kind of battle was going on in that man’s mind? He had been paralyzed for 38 years. He was in bondage. The first step to this man’s freedom and healing was in his mind. He chose to believe the words that Jesus had said. He chose to believe he was healed and no longer in bondage. The battle was fought and won in his mind and then he literally walked in his freedom.

We can learn a lot from just this one example. The bible says we are free from the power that sin has on us. Do we walk in this freedom? I have to admit that sometimes I don’t. I forget that I have been set free and I sit on my “mat” of bondage. Half the battle is just deciding to believe that what God has said is true, and then getting up and walking in that belief. What is holding power over you? What is keeping you from being the person that God has called you to be? Jesus says, “Get up! I have healed you and set you free! Pick up your mat and walk!”