Reclaimed: From “church” to Ekklesia 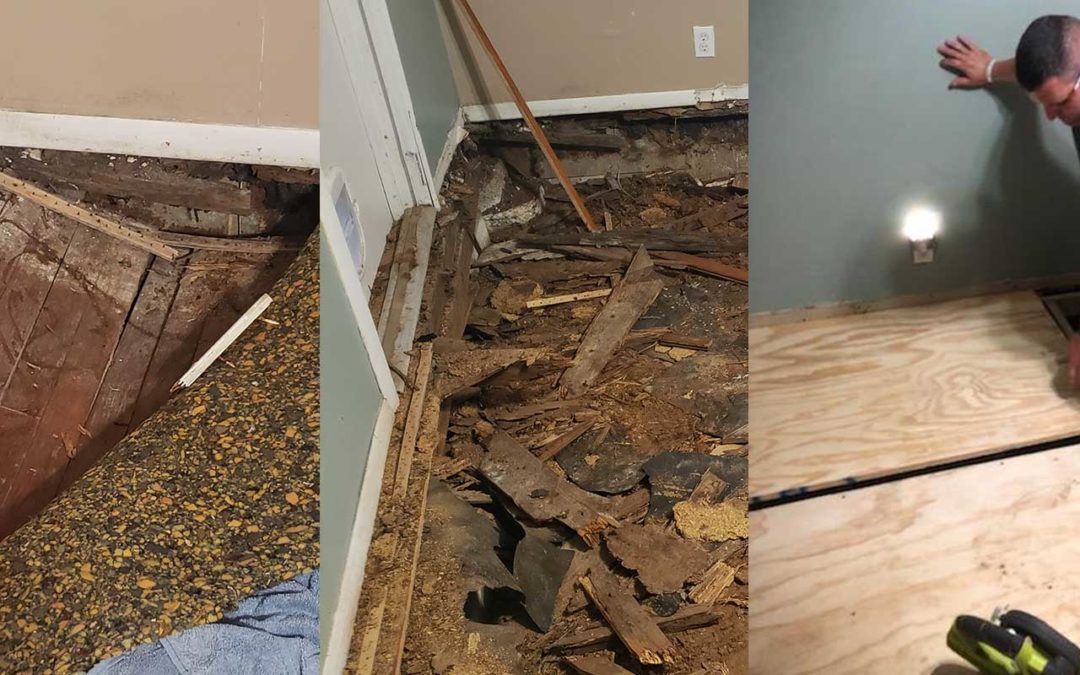 Recently our church helped repair the floor in the house of a retired minister. Water damage over the years had warped and ruined the floor. It had a big hump in the middle and angled down several inches on each side – and the original, once solid building material was crumbling. As the crew discussed the options, they talked about just building over the existing damage. But the house had settled and doing that would have not matched the house – even partially blocking the doorway steps.

So the decision was made to just tear everything out and build it correctly. Demolition came first. Then a new structure could be built. It turned out great by the way.

Over the past few months our church has seen some damage. Not physically. We don’t even have a permanent building. 2020 has been the year of COVID-19 and we, as many congregations, have lost people, finances and even momentum. And just as we were able to resume in person services and begin to see progress… the theater we leased was sold.

The timing seemed like it couldn’t have been worse. Yet, for months we had been praying and casting vision about being more like THE Church. We talked about how a network of House Churches might work. How do we get more into the community and be disciple makers? It seemed like most of our time and resources were going to just having services each week.

Even before the world went crazy, the shape of our foundation seemed to have warped from the original vision.

That’s a hard thing to admit as the pastor – the leader, the vision caster. It’s difficult to come to grips with the fact that our Growth Track discipleship course actually was just a recruitment process to get team members – to help pull off the service each week. Portable church is tough. We wore a lot of people out. Yet as I began to calculate the dozens and dozens who had made a salvation commitment and had been baptized, it just didn’t add up.

I kind of convinced myself that all the stuff we did to “do” church was relational discipleship. Looking back I’ve discovered the word discipleship really isn’t a thing in the Kingdom Jesus established. There’s a blog post about that here: The Myth of Discipleship.

What I had tried to build, from the models we were following, turned out a lot like that warped dining room floor. Maybe it was sturdy at some point, but as I looked at Acts 2 and compared what we as the church actually did… this wasn’t the structure Jesus intended. Once again, hard to admit, but what we did each week was more like a self help seminar with some goosebumps and good music.

Don’t get me wrong I preached the Bible! Assisted of course with catchy sermon series titles, spinning animations and slick videos. There’s nothing wrong with any of that if the result is disciples making disciples. There’s plenty of good Bible preaching out there, most better than me.

In Matthew 9 the Pharisees were questioning Jesus as to why the disciples weren’t following their fasting traditions. They fasted regularly according to set times and days, but had evidently made enforcement the main thing. As Jesus replied He said this:

“And no one puts new wine into old wineskins. For the old skins would burst from the pressure, spilling the wine and ruining the skins. New wine is stored in new wineskins so that both are preserved.”
Matthew 9:17 (NLT)

That was a great mental visual for His listening audience. New wine is unfermented. The fermentation process releases gasses and so the wine container must expand. They used bags made of animal skin for that. But if you put new, unfermented wine into a bag that had already been stretched before, it would burst.

At the new floor project, it was discovered that much of the moisture that caused the damage over the years came from an air conditioning unit with the drain not properly routed. So what brought comfort, actually caused destruction. Man, that’ll preach.

Tradition happens so fast. Even in less than three years the comfort of what was expected caused damage to the foundation of what Jesus commanded. Go make disciples. Disciples make disciples that make disciples.

In Acts 2 the church exists as people together continually, house to house, daily in the Temple, devoted to the Apostles teaching, praying and praising God. House to house. Daily. We will go into more detail about what that looks like soon, but this one thing is for sure. It’s not, hope you had a great time and come back next week!

If we just try to build on what is there now, it’s a warped foundation. If we are to reclaim church, or in Greek, Ekklesia – it’s going to take demolition first.

That’s where we are right now at Today.Church. How do we go from a weekly (or maybe weakly) “service” to what happened in Acts 2? Well, let me tell you!

Last Sunday we met in a new place and ripped up the format. It was amazing. It felt kind of like a House Church. But that’s just the beginning. Over the next four to six weeks we are going to keep praying, keep searching the scriptures and keep following the lead of the Holy Spirit.

We can’t just wave our hands and suddenly have a network of House Churches, Life Groups and Community Outreaches going. So how do we get from here to there? Sunday was a good start. What’s the next step?

If we try to multiply as House Churches without establishing the DNA and structure first, who knows what will grow? The truth is, until this Sunday, most of us had only experienced a traditionally formatted “service” – other than a few other groups or meetings. We need a foundation to build on. We need leaders to operate in their calling and spiritual gifts.

Sure the first wave of disciples in Acts 2 had little structure to begin with, but they did have the Apostles who had been trained and discipled by Jesus Himself. We see the organic togetherness lead to disciples finding their place and purpose in servanthood as apostles, prophets, evangelists, pastors (shepherds) and teachers. By Acts 6 we see people with those purposes and functions began to be appointed, chosen or serving as apostles (emissaries and church planters), elders (overseers and administrators), and deacons (servants, attendants and hosts).

While this happened organically, there were and are specific requirements and standards for each position/office – and the development and structure didn’t happen in a microwave. We don’t need to be in a hurry, but there should be an urgency to not get trapped in old tradition. Neither can we risk establishing new man made traditions that do not produce replicating disciples and churches.

The only way to be different and not get locked into a modern paradigm is to incorporate the early church model into our gatherings – without compromise.

We have prayerfully defined the attributes of a disciple that makes disciples. Those attributes and scriptural examples should also be the foundation for the elements of a House Church gathering. That’s another post entirely. Stay tuned.

That’s the journey we are on at Today.Church. It’s exciting! You know, kind of like falling off a cliff is…

I hope to write about the process as we endeavor to be THE Church as disciples making disciple makers. I don’t have to know what it looks like. This isn’t my idea. This isn’t my battle.

Jesus won the war on the cross so the gates of Hell itself can’t even stop the building of His church.

In my spirit, there’s this feeling that whatever Reclaimed Ekklessia looks like – it’s beyond anything I could have ever imagined. It’s His Church and Jesus gets all the credit.

Now all glory to God, who is able, through his mighty power at work within us, to accomplish infinitely more than we might ask or think. Glory to him in the church and in Christ Jesus through all generations forever and ever! Amen.
Ephesians 3:20-21 (NLT)