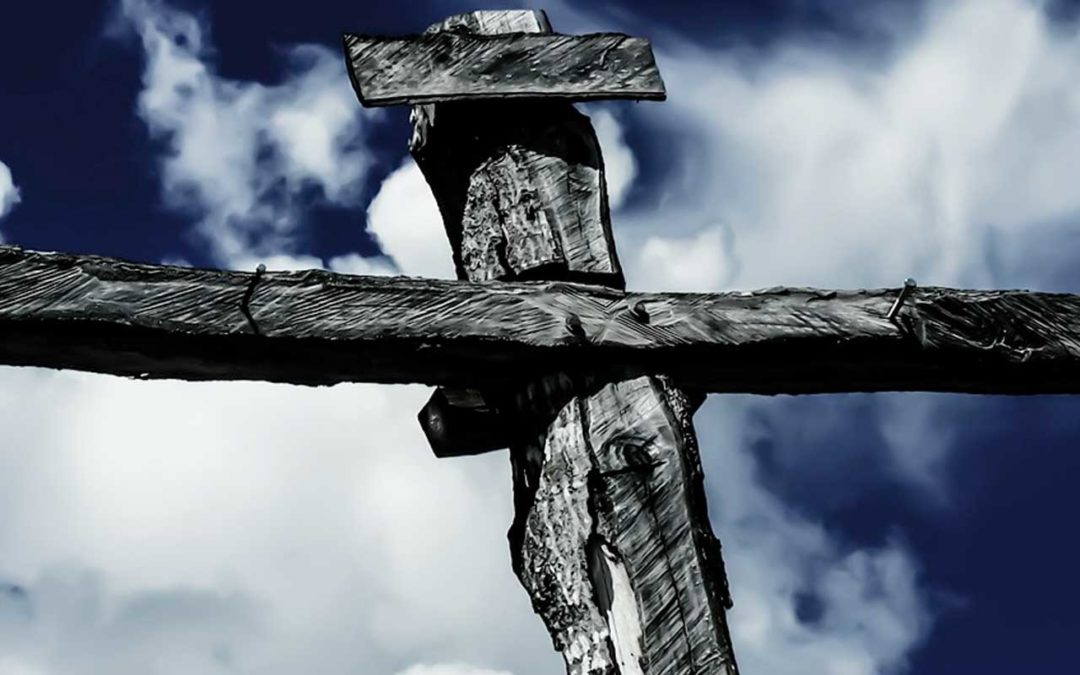 Could it be that we have missed the point of Jesus’ death and what salvation is all about?

Could it be that we take an abstract and philosophical understanding of grace due to Western passive thought, and have ignored the active tense of Hebraic thought? Consider how grace and doing God’s will are linked in these and other scriptures.

Psalms 84:11 (NLT)
For the Lord God is our sun and our shield. He gives us grace and glory.
The Lord will withhold no good thing from those who do what is right.

Proverbs 1:7-9 (NLT)
7 Fear of the Lord is the foundation of true knowledge, but fools despise wisdom and discipline.
8 My child, listen when your father corrects you. Don’t neglect your mother’s instruction.
9 What you learn from them will crown you with grace and be a chain of honor around your neck.

Could we have even perverted salvation and the cross with big words like substitutional atonement and propitiation? Could it be both grace and salvation are actually gifts of obedience? Not obeying to get the gift, but what if the gift itself is obedience?

These verses messed me up. Sounds nothing like our modern gospel.

Hebrews 5:8-9 (NET)
8 Although he was a son, he learned obedience through the things he suffered.
9 And by being perfected in this way, he became the source of eternal salvation to all who obey him.

The gift isn’t just a get out of jail free card. The gift is also the freedom of obedience. Disobedience was the relationship breaker in the garden of Eden. But many are still seeking the tree of knowledge instead of obedience.

Why do we teach that God demanded Jesus as a sacrifice? Is that what God wants?

1 Samuel 15:22 (NET)
Then Samuel said, “Does the Lord take pleasure in burnt offerings and sacrifices as much as he does in obedience? Certainly, obedience is better than sacrifice; paying attention is better than the fat of rams.

It was His obedience that made the difference. We often skip that part, but scripture makes it clear.

Philippians 2:8-9 (NET)
8 He humbled himself, by becoming obedient to the point of death – even death on a cross!
9 As a result God exalted him and gave him the name that is above every name,

Hebrews 10:8-9 (NET)
8 When he says above, “Sacrifices and offerings and whole burnt offerings and sin-offerings you did not desire nor did you take delight in them” (which are offered according to the law),
9 then he says, “Here I am: I have come to do your will.” He does away with the first to establish the second.

We’ve taught an identity gospel that matches our culture. Following Jesus doesn’t just change our identity because we believe. Faith also changes our actions. The gospel is about the obedience that comes from repentance. Not saved by works, but faith leads to grace in action as we obey Jesus.

We have defined grace as unmerited favor. That’s not what it meant to a first century Jew. Here’s how Judaism defines it:

Laying down our lives to follow Jesus is the entry way into the unmerited grace of God’s divine assistance to live as a new creature. Unmerited favor alone leads to spoiled spiritual brats who think they deserve everything for nothing. Harsh, but true.

Yes Jesus bore the consequences of our sins. The wages of sin is death. We can do nothing to earn or deserve forgiveness and grace. He obeyed and suffered for us – as an example. To give us the grace of obedience – so that we can stop sinning and live for righteousness. That’s salvation. That’s the power of the Holy Spirit in action. That’s how we are healed by His very wounds.

Salvation without obedience is no salvation at all. If a sheep goes astray, the shepherd doesn’t let it keep straying and just say that it’s back in the fold. Lost sheep must follow the shepherd to not be lost. Salvation is the unmerited privilege and supernatural ability to actually follow Jesus’ example as the Good Shepherd.

1 Peter 2:21-25 (NET)
21 For to this you were called, since Christ also suffered for you, leaving an example for you to follow in his steps.
22 He committed no sin nor was deceit found in his mouth.
23 When he was maligned, he did not answer back; when he suffered, he threatened no retaliation, but committed himself to God who judges justly.
24 He himself bore our sins in his body on the tree, that we may cease from sinning and live for righteousness. By his wounds you were healed.
25 For you were going astray like sheep but now you have turned back to the shepherd and guardian of your souls.