When Winning Is Losing 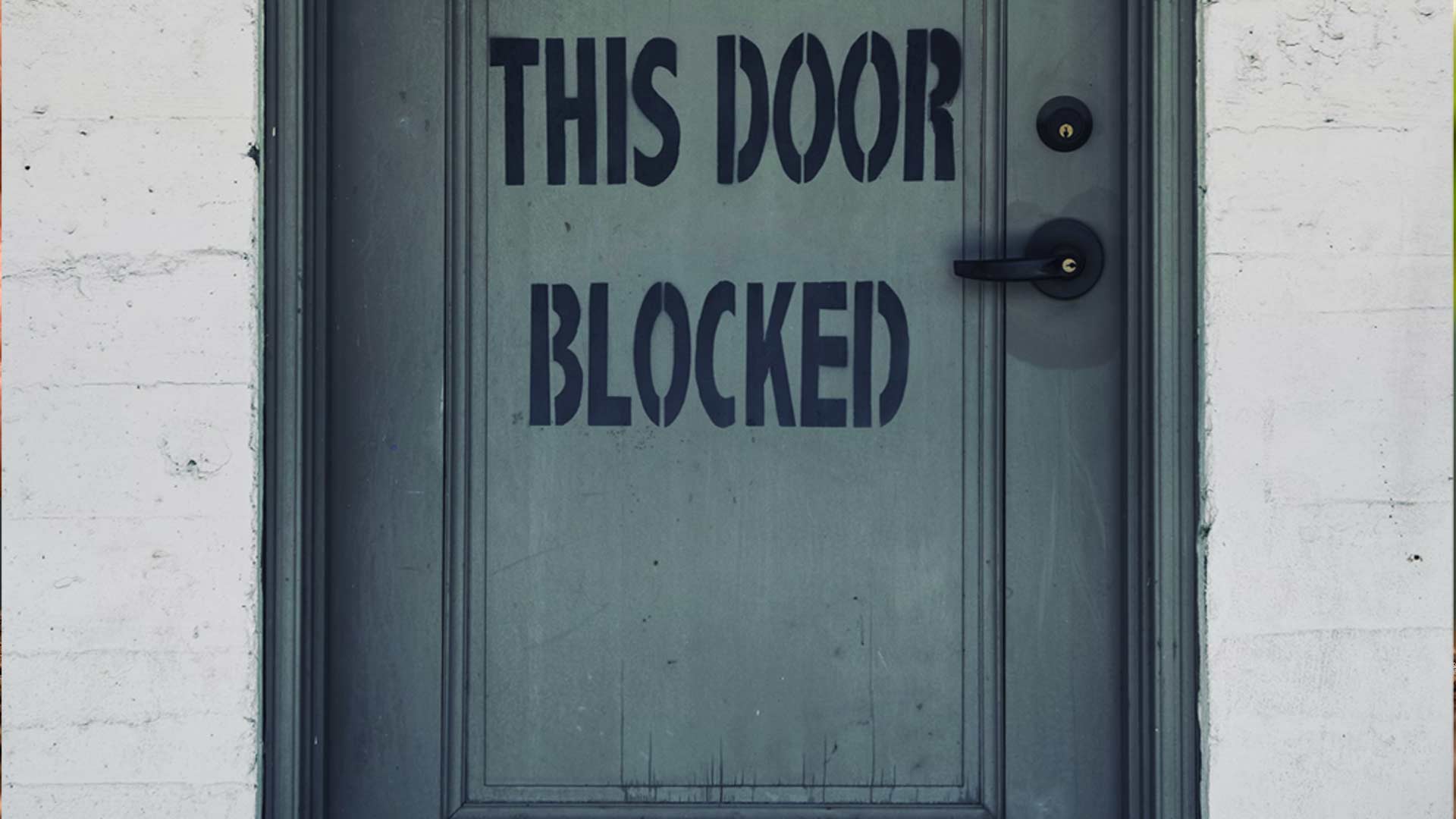 (A video version of this post is available at the bottom of the page.)

We won! That pretty much sums up the conservative response to the recent Supreme Court ruling. Just to clarify, my personal feelings and convictions do not support abortion. But did we really win? What would be the evidence of that?

While standing up for the rights of the unborn seems to be a most noble stance, it is possible to have the facts and truth on your side and still be wrong.

As Jesus followers, following Jesus is always the higher good. We are citizens of another Kingdom. One where seeming to lose is sometimes winning. The cross is the supreme example of that. There are many such paradoxes in this Kingdom. The first are last and the least are great.

Some are now saying yes! And that’s why the fight against abortion is our defining moment! Is it? Really?

Jesus revealed a Kingdom that redefines everything. Even life and death. Real life in this Kingdom isn’t natural. Living for self is death. Dying to self is life. Entering God’s Kingdom is where real and eternal life begins. Jesus called Himself the Way, the Truth, and the Life. I know there are many who don’t believe in Him. Yet even more tragic are those who say they do, but don’t act like it.

In Jesus’ day there were primarily two earthly kingdoms He engaged with. There was the Roman Empire, whose ruler had god-like status. And there was the Jewish nation, held captive by the Romans. Judaism was a temporary prototype of the Kingdom Jesus proclaimed. They had God’s law on their side. They identified as God’s chosen people.

Now you would think, that Jesus would be out to change the Roman Empire. It was in many ways the very essence of evil. Yet Jesus didn’t challenge the Romans. He actually challenged His followers to go the extra mile and turn the other cheek when dealing with them. His Kingdom is upside down.

Who Jesus did challenge regularly were those who said they knew God and had all the right rules, regulations, and traditions. He called them names. He condemned them for getting the big rules right but failing in matters of love, justice, and mercy.

How I wish that didn’t sound so familiar.

As I’ve prayed and processed about what, if anything, to say in these crazy, divided, chaotic times – I’ve tried to stay away from the memes and arguments, and look to Jesus. I’ve not found a single reference from Jesus that says, “Woe to the Roman Empire!”

In fact, the only times He used the word for hypocrite it was in reference to religious leaders. The phrase He used the most would be translated something like, “Woe to you hypocrites!”

What Is A Hypocrite?

I could just post a selfie and that would be a good answer. In the past few years, I’ve been called a hypocrite more than ever. And I’m guilty. I use a phone put together by slave labor in a communist country. I eat too much in a world where 25,000 people a day die of hunger related causes. There’s more but I won’t bore you with my faults. Guilty.

In no way by saying these things am I trying to exalt myself to some standard of goodness. I don’t have all the answers. Jesus is the only answer to all my weaknesses.

The word and imagery that Jesus used for hypocrite is more than just duplicity and being fake. The word was used to describe the masks stage actors used to convey different characteristics. Wearing the mask of hypocrisy is actively and willingly putting on a false identity in order to try and appear better than you are.

The real problem is when that false mask is also used to condemn others for not wearing it.

There’s a woe Jesus warned the Pharisees about that we don’t hear much about. It was about shutting or locking the door to the Kingdom while not entering themselves.

Matthew 23:13 (NET)
“But woe to you, experts in the law and you Pharisees, hypocrites! You keep locking people out of the kingdom of heaven! For you neither enter nor permit those trying to enter to go in.

Wow. That’s winning and yet losing. In the context of Matthew 23, Jesus actually commends those Pharisees for some of the good they did – but then vicariates them because it was all a show to be seen as good. They didn’t actually practice what they said they believed. It was all a facade. Mask wearing.

And it slammed the door of the Kingdom shut.

As I’ve watched the reaction of both sides to headlines there’s been little to celebrate. How do we know we are winning in this Kingdom?

When the door of the Kingdom is wide open for the least of these. If we win the battle for natural birth yet lose the battle of eternal life, that’s not winning.

Mark 8:36 (NLT)
And what do you benefit if you gain the whole world but lose your own soul?

The deeper truth here in the woe Jesus declared is that slamming the door of the Kingdom to others, prevents you from entering.

It’s easy to rejoice about absolutes. Life wins! Does it really? Did eternal life win? That’s the Kingdom.

In the United States, church attendance has been declining for a generation. Fewer people identify as Christians than ever before. While the abortion statistics are troubling, from an eternal perspective those dying without eternal life should be even more troubling!

In the US alone, over 3 million people die a year. Statistically, about 60% of people say they believe – but we all know that many who say it, don’t live it. However you want to spin the data, the truth is millions and millions of people die every year without hope in Jesus – having never entered the Kingdom.

The sad reality is that with our current track record of reaching those without faith, we’re just fighting for more people being born with a higher risk of going to hell.

Woe to the hypocrites who have slammed the door shut to the Kingdom of God with their gloating, self-righteous condemnation of anyone not like them.

Woe to the self-righteous who hide their own lust while condemning everyone else to such a degree that a 16-year-old girl feels such shame by being pregnant that she runs from those who call themselves Christian.

Woe to those who vilify their enemies and excuse their political heroes for immorality, dishonesty, pride, and division because they stand for one big sin ticket item.

Woe to those who hide and protect sexual predators in three-piece suits, shiny robes, and skinny jeans behind denominational bureaucracy.

If this offends you, that’s not my goal. If you’ve been offended, hurt, angry, or confused by the hypocrisy of the “church” my only goal is to somehow say, THAT’S NOT JESUS!

Enforcing any rule, however right it may be, will never save a single soul. Only Jesus can do that.

Theologians and scientists have been debating when life begins for centuries. Those debates will rage on. I know where I stand, but that’s not the most important life battle we face.

It’s eternal life. Abundant life, both now and for all eternity. That’s the only real cure for the brokenness of this world. And no matter how the hypocrites try to lock and bolt the door to that Kingdom, Jesus died to open it wide for everyone.

So if you are pro-life, Jesus died for you and loves you.

If you are pro-choice, Jesus died for you and loves you.

If you’ve had or will have an abortion, Jesus died for you and loves you.

If you protest with signs for what you believe, Jesus died for you and loves you.

If you are silent, Jesus died for you and loves you.

If you are black, white, citizen, immigrant, outcast, privileged, or a refugee, Jesus died for you and loves you.

If you are rich, poor, a thief, or a philanthropist, Jesus died for you and loves you.

If you are gay, trans, bi, pan, non-binary, or queer, Jesus died for you and loves you.

If you are addicted to a chemical, to power, or to money, Jesus died for you and loves you.

If you are a hypocrite, Jesus died for you and loves you.

It’s no compromise of my faith to love you, help you, and lead you to Jesus – even if I don’t agree with you.

The door to the Kingdom of God is open for everyone. Woe to the fakers who try to keep it locked.